Why We Need to Erase DJT From History

By openly promoting, and/or threatening violence and civil unrest against the US population, and its institutions (by NOT committing to a peaceful transfer of power) if he is not re-elected, Donald J. Trump (DJT) is actually promoting domestic #Terrorist and civil unrest activities.

Proponents of 45 have repeatedly proven their violent intent by publicly brandishing loaded firearms, including assault weapons and using vehicles to assault peaceful protesters (exercising their rights) regarding inequalities. There is no gray area for him to escape these facts ... 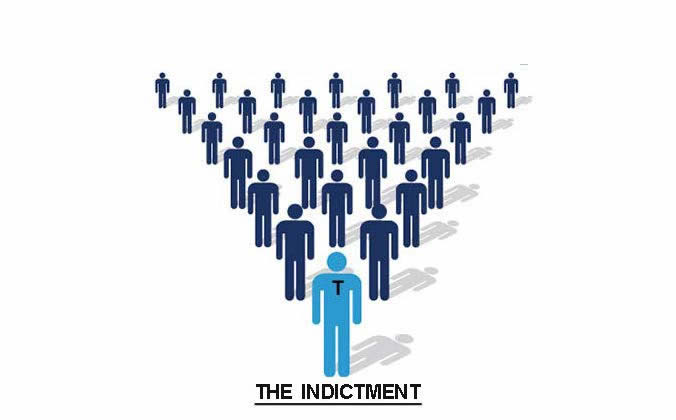 When an elaborate system is developed, established, maintained, and refined in the name of administering a system of government, justice and/or democracy, that is potentially a good thing.

If injustice and/or illegality occurs within that system with impunity, going unchecked; sustained by indifference and greed, collusion; codes of silence and strategic misrepresentation, then that system is corrupt and is nothing but a sophisticated system of highly organized criminality.
Anyone in that system who knowingly remains silent, defends such a system, or does nothing to rectify the wrongdoing (criminality) in that system is just as guilty as the person(s) who commits the acts themselves.

He is blatantly violating his Presidential Oath of Office … By him not even speaking out firmly against any such criminal activity, he is promoting it directly from the seat of the U.S. Presidency through his speech, his actions, or inaction! He is then guilty, of any and/or all applicable and related crimes along with anyone who aids him, or fosters and/or supports his activities. His so-called political campaign rally's are then the equivalent of radicalization events to fuel more illegal domestic terorrism from right-wing terrorist groups.